A different kind of chess club 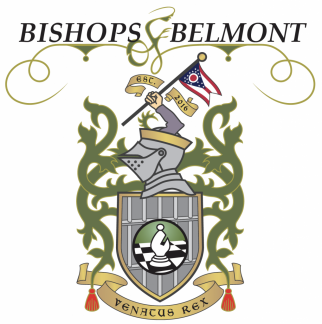 The Bishops of Belmont Chess Club

A different kind of chess club.

I heard about him before I met him. There was a chess player back in West Dorm. Reportedly, he was very good. Rumor had it, he was a high-ranking gang member, an OG (Original Gangster). It was not a rumor that this chess player hated the police and anyone else in an authority position. That could be taken as fact. I, as a correction officer, would be at the top of his “not to be trusted” list. Regardless, the guys in the chess club talked about him a lot and boasted about having been beaten by him. Whether on the chess board or in real life, they were all afraid of him. His name was Pierce.1 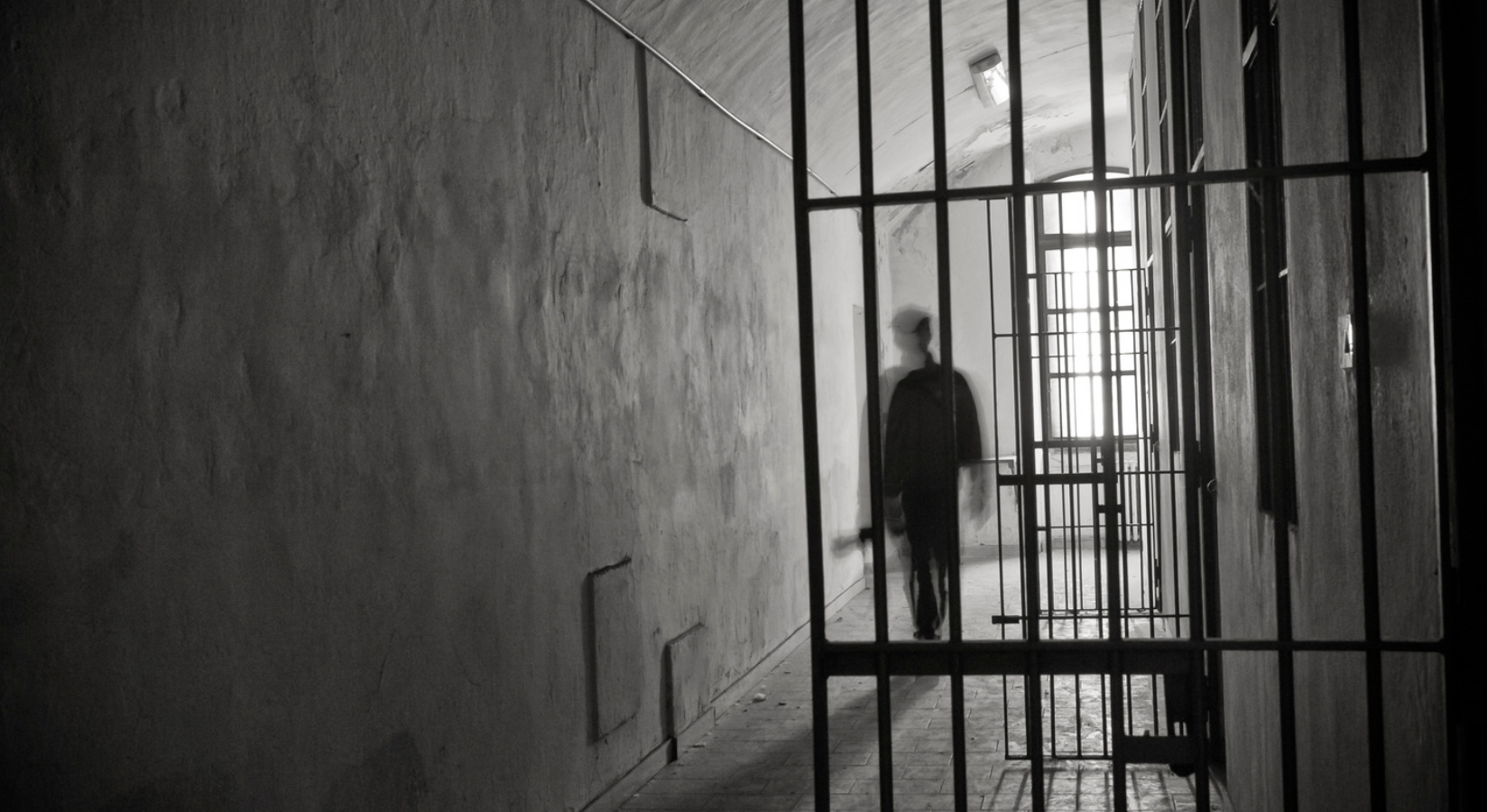 One day, I walked back to West Dorm with the purpose of finding, meeting, and playing this gentleman in the Game of Kings. He wasn’t hard to find. Back in a corner of the Quiet Room, clad in green (a gang color), sitting at a table with a chess board and an opponent in front of him, surrounded by soldiers, he sat his throne like a king holding court. As soon as I came into the area, he knew I was there. With a glance, he took my measure and went back to his game. With a glance, I took his measure. I thought him a distinguished-looking gentleman; intelligent beyond what anyone had ever given him credit for. But there was a fierceness to him as well. This was a man who knew violence. Were he not in here, and maybe in another place and time, this man could command armies.

I approached his table, stood off to the side, and watched his game. He was destroying the young man across from him. The game ended. The vanquished paid his debt and left. Betting on chess games in prison is common.

“A game…?” I asked before anyone could sit down.

He looked at me suspiciously. The room grew quiet. With a wave of his hand, he invited me to sit. I reset my board, then extended my hand. In prison, a correction officer (CO), challenging an inmate to a game of chess was unheard of. A CO offering to shake an inmate’s hand, strictly taboo. He looked at my hand, looked up at me, and smiled. Shaking my hand, we commenced our battle.

There are no secrets in prison. A CO playing an inmate in chess, especially in the dorm area, the inmate’s home turf, quickly drew a crowd. Pierce won the first game. I took the second. One thing I was certain of, this King was happy to be challenged. We reset the board for the third game. I opened with e4. He countered. I put out my hand to shake his. He didn’t understand but reached out and clasped my hand. I gripped hard not allowing him to release his grip.

“Do you want to see how this ends?” I challenged.

His eyes grew shrewd and suspicious. He smelled a trap. He had never in his life had cause to ever trust the “police” …but he couldn’t resist. He nodded. 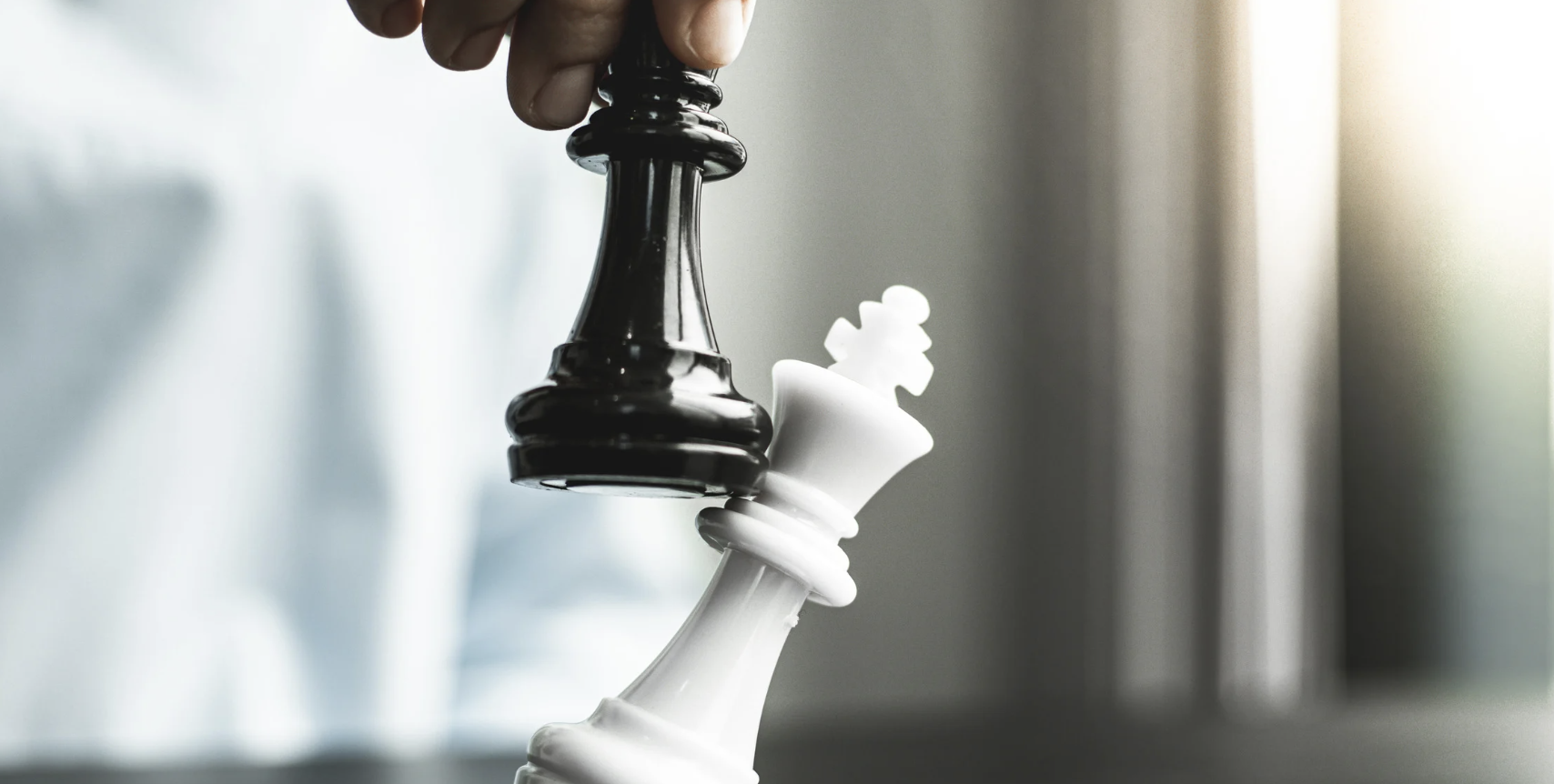 “Be at the chess club Friday night.” I released my grip, stood, and left.

That Friday, Mr. Pierce was the first at the club. In his wake, a few of his friends followed. Over the chess board that night, we took each other’s measure in full and found each other worthy. We played three or four games that night. At the end of our bout, he reached out his hand to shake mine. When I gripped his hand, he clenched mine, hard.

“Mr. Cannon, you are a true gentleman,” he said, refusing to release my grip, “and it is always a pleasure to play chess with a gentleman.” He released my grip and walked out.

Add articulate, eloquent, and fearless to his list of qualities.

The following week, he was back. Over the next year, Pierce and I played each other in countless games. Sometimes he won. Sometimes, I won. We no longer kept score. We just enjoyed playing each other. I noticed the guys from his crew started acting different, not just towards me, but to all the COs. They were more respectful, a little more relaxed in the presence of officers.

One day, I shared my chess story with Mr. Pierce. I shared with him how at a very young age, a stern old man, Mr. Shy, took me off the streets, gave me a place to belong, taught me chess and judo, and probably saved my life. I always become very emotional when telling this story. I didn’t realize the importance of this man in my life until a year after his passing. The strongest men are the most emotional, and Pierce was no different. At the close of my story, we both sat with tears in our eyes.

The following week, Mr. Pierce brought with him Mr. Hoyt, a likely young lad with quick, perceptive eyes and a smile that looked too innocent to be in prison. Pierce had been teaching Hoyt for a while.

“Mr. Cannon, this is Hoyt. He thinks he’s a chess player.” Pierce smiled. “Think you can give him a game?”

“Certainly,” I replied, very much aware of the honor being bestowed upon me. I reached out my hand to shake the young man’s. He recoiled in fear. Pierce laughed.

A few more months went by. Hoyt became stronger with every game he played. Mr. Pierce was one of only four inmates to beat Tom Britt in a simul event we put on here at Belmont Correctional Institution. Mr. Pierce became a respected teacher in the club, helping dozens of aspiring chess masters to improve their game. He was unselfish and generous with his time and knowledge. He was coming to understand the difference between being feared versus being respected.

Prior to his release, Mr. Pierce and I sat down to play a few games. Before each member of the Bishops of Belmont goes home, I reserve a night to sit down with them and play…just them. I always record the matches, and if they ask why, I always tell them, “Because I want to remember you forever.”

We parted that night, not as CO and inmate, not as adversaries or enemies, but as friends.

As I often do, before every major chess event we put on here at Belmont Correctional Institution, I share my chess story with the club. The simul with Tom Britt was no different. Some heard it for the first time. Some heard it a dozen times before. All paid me the courtesy and respect to sit and listen. Mr. Hoyt heard the story for the first time.

A month after Mr. Pierce left, I was standing at the door of the club welcoming everyone. Mr. Hoyt came around the corner pushing a gentleman in a wheelchair. He stopped to introduce us.

I smiled broadly, a lump in my throat. I could not have been prouder of Mr. Hoyt if he was my own son. I thrust out my hand to shake Mr. Thomas’s. He recoiled. Mr. Hoyt laughed.

Mr. Hoyt and Mr. Thomas are still here, playing chess at the Bishops of Belmont Chess Club, at the Belmont Correctional Institution in St. Clairsville, Ohio, every Friday night. They are both in training for two upcoming major events: The Gauntlet Chess Challenge with Tom Britt on August 19th, and the Belmont Breakout, a United States Chess Federation sanctioned tournament on October 8th.

Mr. Pierce is doing well. Hoyt talks to him on the phone weekly. Hoyt always tells me about his conversations with Pierce. Pierce is selling cars in Akron. “He always asks about you, Mr. Cannon,” Hoyt relates.

“Tell Pierce I said hello the next time you talk to him.” I turn away. I do miss my old friend.

Walk into any prison in the nation, take a stroll around their recreation yard, visit their toughest cell blocks or dormitories, stop by the gymnasium or the library, peek into the disciplinary cells, and it is a sure bet that you will see more than a few incarcerated felons hunched over chess boards. You might even find the disorganized fragments of what the prison passes off as a chess club. What you probably won’t find is an organized club that focuses the offender’s minds, alters their attitude, builds their character, shatters paradigms, and fosters a sense of tolerance, inclusion, and community.

I could have told you that since 2014, the Bishops of Belmont Chess Club at Belmont Correctional Institution in St. Clairsville, Ohio, has been an oasis for the lost, the tired, the addicted, the locked away and the forgotten, the alone, the scared, and yes, the victimizers and the predators. I could have boasted about all the special events we’ve conducted over the years. I could have flooded you with facts and awed you with our 19% recidivism rate. I could have reviewed all the positive character- building qualities of chess and how they are conducive to rehabilitation. I could have told you about the nearly zero percent disciplinary record of those involved in the chess club.

But this is not what the Bishop of Belmont Chess Club is about. The Bishops of Belmont are about the men who buy into this concept, who genuinely try to change their attitudes and their life through the lessons chess teaches. The story of the Bishops of Belmont cannot be told without telling the stories of the countless men who have been involved with and benefited from the club.

Oh, and if you want to meet Mr. Hoyt and Mr. Thomas, they will both be competing in the upcoming Belmont Breakout on October 8th. Come, sit across from them over a chess board. Share your chess story with them. Listen to their chess story. Become part of their chess story.

The Ohio Grade Level was a Blast!

Pics from the 2022 Ohio Chess Congress

Guide to a Successful Chess Club